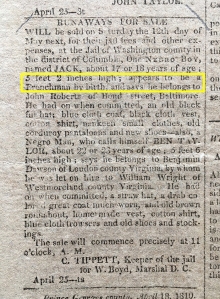 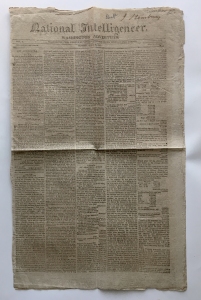 This is the April 30, 1810 edition of the National Intelligencer. It has a total of 5 runaway slave ads and 2 other slave sale ads. The first runaway slave ad says, “….One Negro Boy named JACK, about 17 or 18 years of age, 5 feet 2 inches high; appears to be a Frenchman by birth…“

The second runaway slave ad says, “…a Mulatto Woman who calls herself POLL, about 27 years of age, 4 feet 10 inches high, stout made, with large breasts….” (see photo under title)

The third runaway slave ad says, “Reuben is about 27 years old, about 5 feet 10 inches high, lean in the face and full eyes, and his skin not black…He went off with RALPH, a black man, between thirty and forty years old, five feet 11 inches high, two of his upper fore teeth out, and a large scar on the outside of one of his legs.” 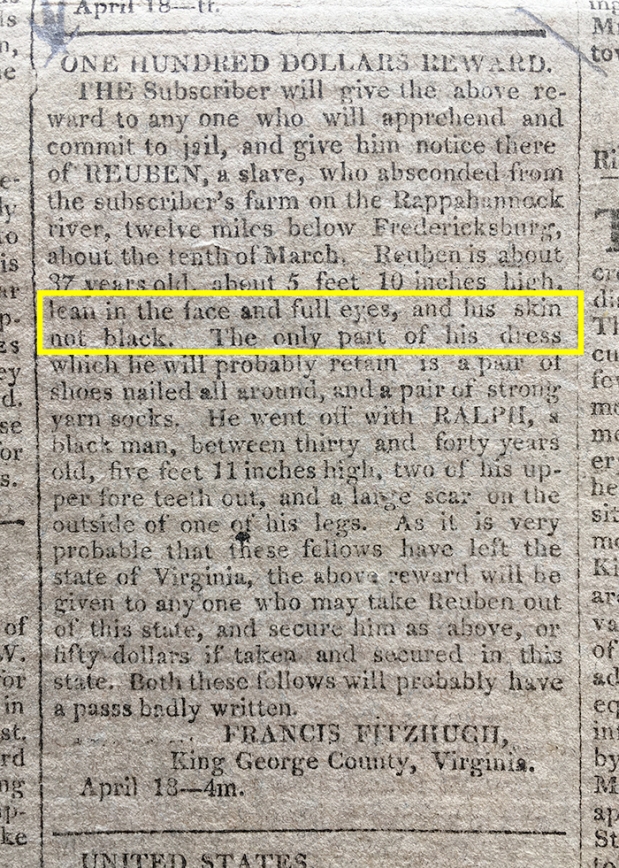 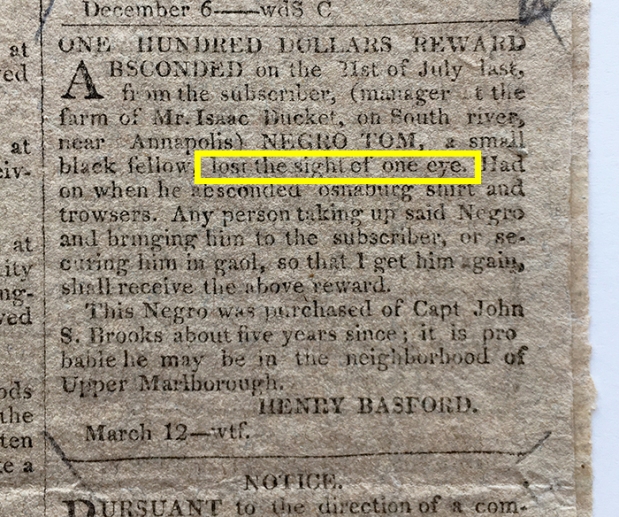 A SALE AT AUCTION says, “…will be sold at public auction…a NEGRO WOMAN, who has six years to serve, her child for life about fourteen months old, and a MULE 5 years old.”

A PUBLIC SALE advertisement says, “…the subscriber will sell at PUBLIC SALE…a number of valuable Slaves, Household and Kitchen Furniture…and a number of Pigs…” 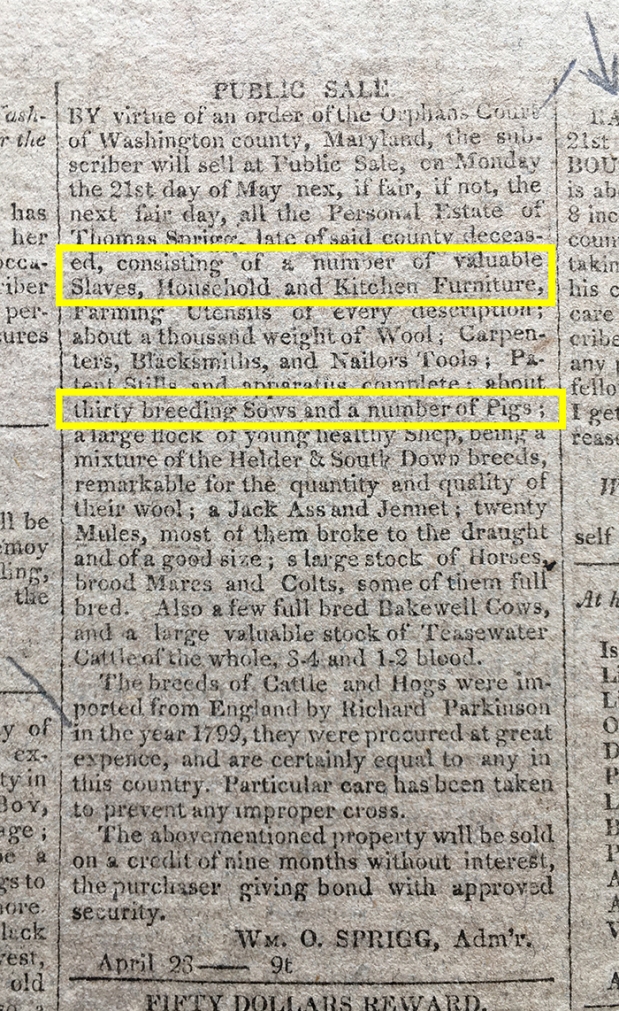 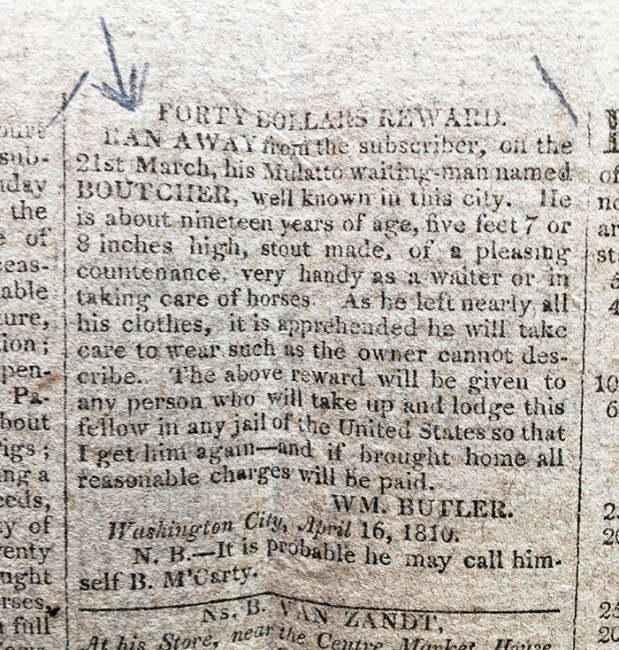 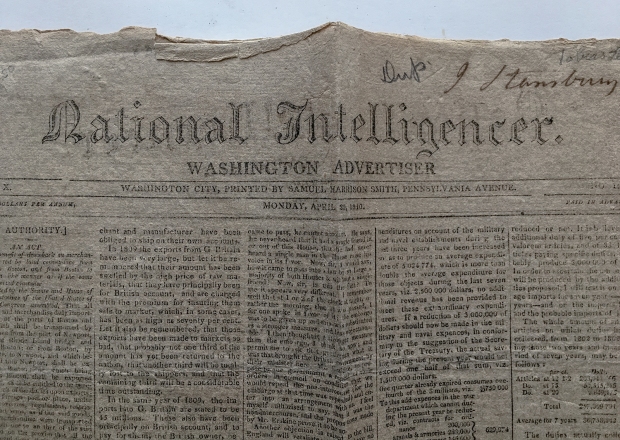