This is a collection of 7 items from the 1977 groundbreaking miniseries “Roots”.  It includes the following: 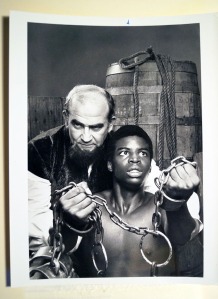 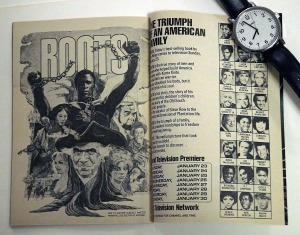 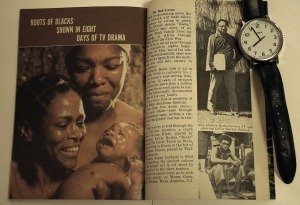 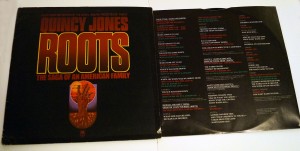 Roots: The Saga of an American Family is a novel written by Alex Haley and first published in 1976. It tells the story of Kunta Kinte, an 18th-century African, captured as an adolescent and sold into slavery in the United States, and follows his life and the lives of his alleged descendants in the U.S. down to Haley. The release of the novel, combined with its hugely popular television adaptation, Roots (1977), led to a cultural sensation in the United States and together are considered one of the most important works of the twentieth century. The novel spent months on The New York Times Best Seller List, including 22 weeks in that list’s top spot. The last seven chapters of the novel were later adapted in the form of a second miniseries, Roots: The Next Generations (1979). It stimulated great interest in genealogy among all Americans and an appreciation for African-American history.