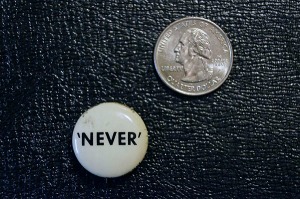 This hard-to-find segregationist pin was worn by Southern Whites to protest an end to segregation (“Never Integrate”).  In the 1960’s, violent and racist Sheriff Jim Clark (of Selma, Alabama) was always seen wearing his gun, billy club (to electrically shock nonviolent demonstrators), and this pin. Note the manufacturer name, symbol, and unusual stamp (on the inside) of pin. 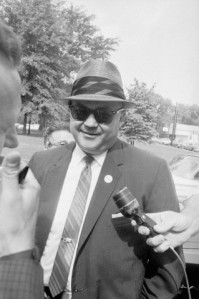 This photo of Sheriff Jim Clark was taken in Hayneville, Alabama when Jim Clark wore his segregationist “never” button while he appeared as a witness in the trial of Ku Klux Klansman accused in the slaying of civil rights worker Mrs. Viola Liuzzo. 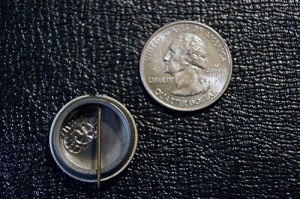 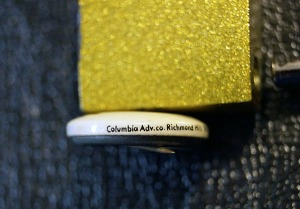 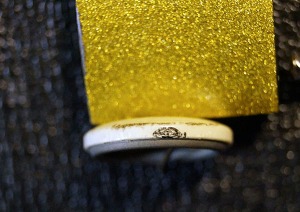